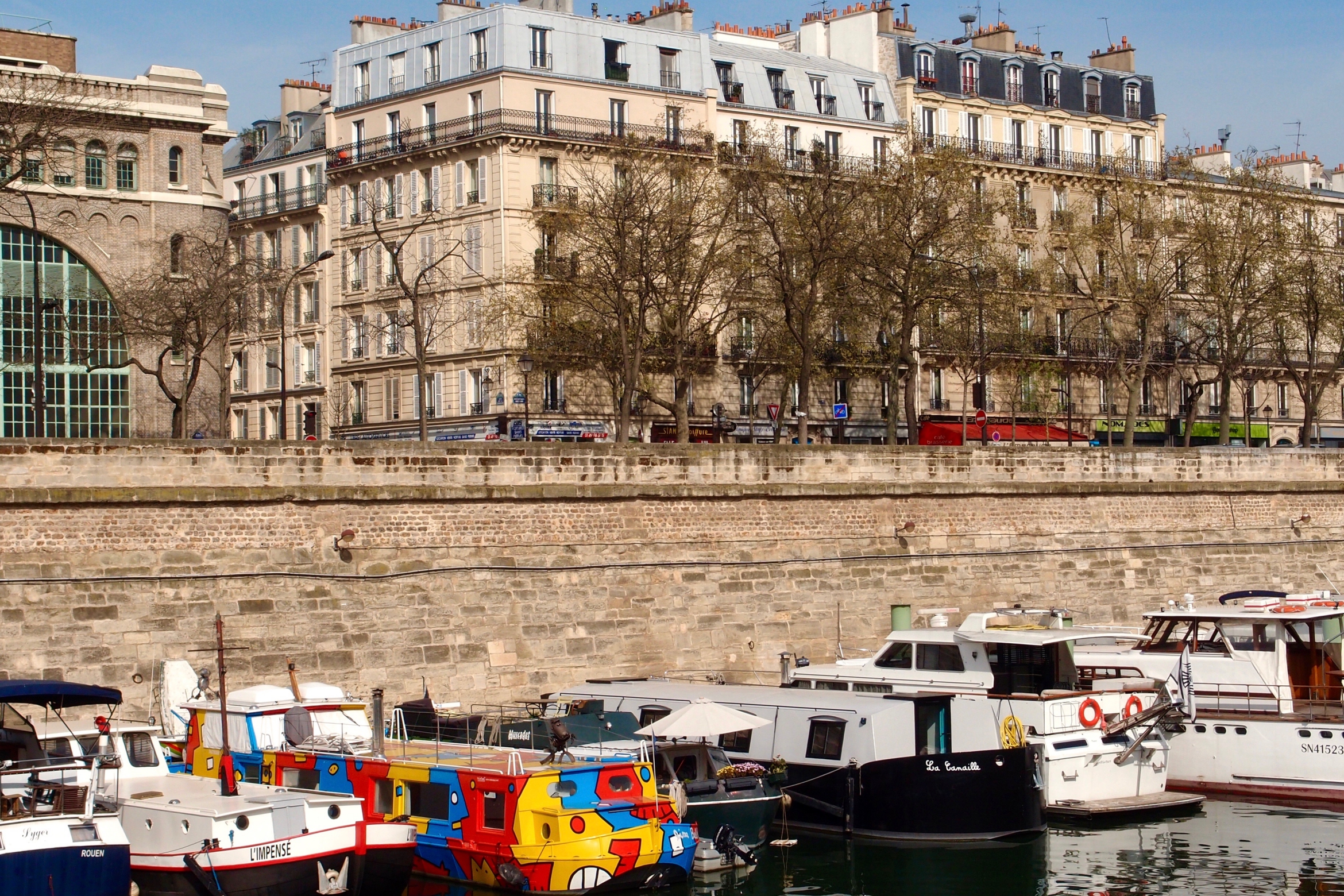 How To See Paris In 4 Days

My daughter Skye and I spent 4 glorious days in Paris, just the two of us. She had been to Paris before with the entire family and I had been to Paris a few times without her, so I wanted us to see things that we hadn’t seen before as well as visit some of our favorite places.   We were only going to be in Paris for a few days before going to the South of France, so I needed to figure out how to see Paris in 4 days.

While our family travels quite a bit, Skye and I had never taken a trip together.   She was excited and I was too, but I must admit I had a little panic attack on plane realizing that I would be solely responsible for her happiness. In general she is pretty easy-going and fun, but we will be together for every minute of the trip; will teen attitude get in the way?

As it turned out she was the best travel partner ever and we both had an amazing time.  And we made precious mother-daughter memories; every time I pass those photos hanging on my wall, I smile.   Since I know how to navigate the city pretty well on foot and on the metro, in just 4 days we managed to do quite a bit without feeling rushed.  We did some major sightseeing but also left plenty of time for aimless wandering and serendipitous discoveries – my favorite way to travel.

After an overnight flight and a taxi ride from the airport, we arrived at our VRBO apartment very early in the morning.  Our apartment was very tiny, but had a small kitchenette, a table and two chairs, a wardrobe big enough for our clothes, a queen-sized bed and a very nice bathroom.  It was perfect for our short stay.  It was also in a perfect location – a few blocks away from Place de Vosages, close to restaurants, shops in Le Marais, a grocery store and several metro stops.  I allowed us to have a short nap, but I believe it’s important to get on the current time zone.  My rule is stay up until at least 9:00pm the first day.

After our nap we found our way to Place de Vosages and had lunch right on the square at Café Hugo.   Then we walked to the bustling part of Le Maris, one of my favorite Paris neighborhoods.   We rambled around and went to vintage stores, had gelato at Aromino and found ourselves outside BHV.  Since the store takes up a whole city block we had seen it before, but had never gone in.  Wow; BHV is great!  It’s huge and overwhelming, a combination of Ikea, Macy’s, a drug store, Home Depot and Sam Flax.  Skye could have stayed all day in the art, paper and crafts selection; it’s incredible.

Finally we left BVH and made our way to Champs-Élysées.  It’s not my favorite street in Paris, but Skye had never been.  We went to Publicis, a sort of bookstore / boutique of cute things / cigar shop / wine shop / quick-stop deli / food gift shop.  The reason I like to go there is for the Pierre Hermé macarons.  Skye had never had them and I wanted her to try some of the unusual flavors.

We continued our stroll down Champs-Élysées and stopped in Zara; it has a huge children’s section and we bought Skye a spring coat.  The next stop was Ladurée; we had never been to that location and it was very lovely and different from the others, it looked like a mermaid’s cave.  Of course we had to stop in Louis Vuitton, but this time we spent a considerable amount of time in the bookstore and bought a book on sneaker culture for my son’s birthday.

The next stop was Jardin des Tuileries to relax in the green chairs before touring Musée de l’Orangerie.  I didn’t want to drag Skye to many museums during this trip because she has been to several in Paris already, but I wanted her to see this one.  I had been on a previous trip and it’s one of my favorites.  It’s small so it wouldn’t exhaust her and the Claude Monet Water Lillies series here is breathtaking.  We had a funny moment while we were sitting on the bench admiring the art: Skye learned over and said “Mommy, you’re sitting next to Patrick from my school.”  At the same time Patrick whispered to his mom and we all had a good laugh at the literally small world.

We couldn’t be that close to Angelina without stopping in for the best hot chocolate ever.  Macarons and hot chocolate before dinner at Les Philosophes in Le Marais, why not?  And why not stop for more macaroons at Carette at Place des Vosages for the walk back to our apartment?  We slept good that night.

I let Skye sleep as long as she wanted so by the time we got going, it was late morning.  How about éclairs for breakfast?  I had read about a shop, L’éclair de Génie, that only sold éclairs – supposedly the most incredible éclairs ever.  I’m not a huge fan of éclairs, but nevertheless I had to see this shop and test this claim for myself.  We arrived soon after it opened and had passionfruit and salted caramel éclairs.  I am now a fan.  These we so light and flavorful, seriously the best éclairs that I have ever tasted.  I tell everyone who is visiting Paris to go to this shop no one has been disappointed.

Next we took the metro to Vanves Flea Market.  I love this flea market because it is has everything, but it’s small enough to be manageable.  Skye loved looking at all the stalls and bought a few French comic books.  I bought some jewelry and a few prints that I later framed to decorate my house.  I was so proud of myself for haggling the price in French!

Wanting to show Skye another one of my favorite places, we went to the garden at Musée Rodin to look at the sculptures, have lunch and just enjoy the greenery of this hidden gem.  The 1€ admission fee is a bargain.  After leaving the garden we walked across picturesque Pont Alexandre for some time at the Seine and a view of Tour Eiffel.  We walked past the beautiful Petit Palais and Grand Palais before shopping in the vintage store Free’P’Star on Rue Rivoili.

Crossing back over the Seine, we walked around Île St Louis, a very charming area in Paris where of course we had to stop for ice cream at Bertillion and candy at La Cure Gourmande.   Next door on Île de la Cité, there was not a line to enter Cathédrale Notre Dame so we went inside.  Even though we had been before, it is definitely worth repeat visits.  It’s gorgeous and very awesome in the true sense of the word.  We ended our day with dinner at Leon’s, because Skye wanted to try mussels and fries for the first time.

We slept in again and started our day with a walk through Saint Germain down rue St Andres des Artes and rue de Buci.  We stopped at Relais l’Entrecôte for lunch and had their famous steak frites.  It definitely lived up to the hype and we left full and satisfied.  We aimlessly wandered around Saint Germain and visited Saint-Germain-de-Prés (church) and picked up some macarons at both Ladurée and Pierre Hermé for later.

We took the metro to Jardin des Plantes and the ménagerie (zoo).  We had never been and it would not have been something that we would have done on a family trip. My husband and son would have been bored, but my daughter and I love animals.  It is a small but nice zoo and we saw animals that we had never seen before.  It was a very relaxing and lovely time and why I loved traveling with my daughter; she was always so present and enjoyed wherever she was.  She was not trying to get to the next thing.  After the zoo we sat for awhile in the garden eating our macarons.  Just for fun we made a video comparing Ladurée and Pierre Hermé macarons (you can see my very cute daughter in the video below).  Then we walked back to our apartment with a curiosity stop in Picard, a grocery store that only sells frozen food, and the neighborhood grocery for dinner to cook in our kitchenette.

During my last few trips to Paris, I had not visited the neighborhood of Canal Saint-Martin and I was determined to see it this time.  I had heard that it was possible to take a boat ride down the canal and that sounded like fun, so after a breakfast at a sidewalk crepe stand we went in search of the boat.  It was not an easy search and by the time we found the correct place, the boat was gone.  So we took the metro instead. I wasn’t familiar with Canal Saint-Martin at all, but we found the canal and wandered around the surrounding areas, up and down the streets, in and out of shops.  We found a garden full of students relaxing on the grass and we joined them for a bit.  We saw a line in the street, figured out it was a pop-up sale and joined the crowd.  We didn’t buy anything, but it was fun anyway.  We had lunch at Jules & Stem; it was the first time that we had ever had bibimbap and we loved it.

I had promised Skye a trip to the department stores because she had never been.  We took the metro to Printemps and Galeries Lafayette where we got lost window shopping.  Since we were leaving the next morning, we took one last walk around our neighborhood, stopping for dinner at a corner café, a charming candy store and the grocery store for snacks for the 5 hour train ride to Antibes.

We ended our absolutely perfect stay in Paris in a very Parisienne way, by sitting on a bench in Place des Vosages as the evening settled into sunset.   We watched small kids play in the sandbox, students lay in the grass and adults unwind after a long day at work.  Noticing and counting dogs is a favorite vacation game of ours and Paris is perfect because dogs are allowed everywhere – even in the restaurants. But oddly enough, dogs are forbidden in the parks.   We had the best time watching one dog wait at the gate (no leash, not tied up) while his people played in the sandbox for at least an hour.  He never took his eyes from them and he never moved, even when people opened and closed the gate.   We were so amused and loved him so, that we took a photo and it hangs in our home.

4 days in Paris is never enough, but we had a wonderful time and we were ready for the next part of our trip, the South of France.  But first, here is the video of Skye doing a macaron taste test.

The Marais: A Fantastic Paris Neighborhood

Sightseeing In Paris (Versailles Do or Die)

10 Tips: How To Take A Girlfriend Trip To Paris (and still like each other in the end)

Paris in December – A Great Time To Visit!

Exploring Paris Alone (And Loving It)