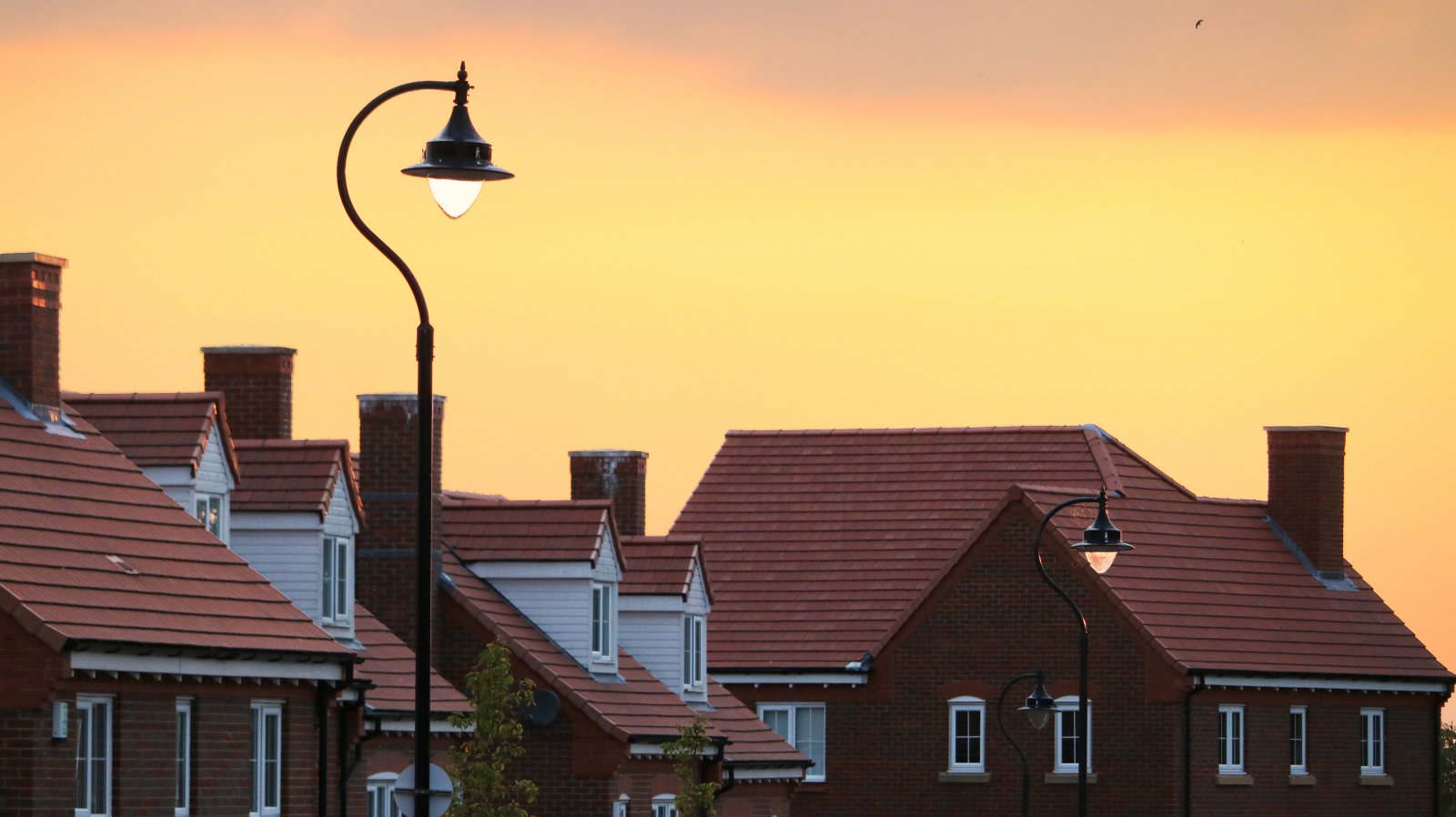 Today I am participating in Mama Kat’s Writer’s Workshop by answering the prompt: 1.) Your childhood neighborhood.

I moved a lot as a child so in reality I don’t have one childhood neighborhood, but I do identify with one neighborhood in particular, Stonebridge, in Hazel Crest, Illinois.   We moved there from Chicago the summer that I turned 10.

It was a big move.  We lived in an older home in Chicago in a more established neighborhood, but Stonebridge was in the suburbs;  everything was new and shiny – including our house and all the furniture in it.   There was an attached garage, family room, den, separate dining and living rooms, a huge eat-in kitchen, swanky new appliances, an office for my dad and a big back yard, perfect for my new puppy.

It looked like a neighborhood on television.  The houses weren’t cookie cutter, but there were only about 6 variations.  They were laid out differently, painted different colors and tweaked a little here and there, but it looked like a cohesive neighborhood.   All the lawns were green and freshly mowed.  Our parents belonged to the Stonebridge Neighborhood Association, which I supposed made sure that residents took care of their property, but really I think that it was just an excuse to drink and play cards together.

My family can’t remember the house number, but I found the street on Google Maps.  Then I “walked” down the street and found my old house!  I love Google Maps! Wow, the house and neighborhood still look great.

It was a neighborhood full of kids and I had many friends.  I lived there for only 3 years before moving to Minnesota, but I made some great memories.  Here are a few:

The park.  It was really a huge retention basin.  If someone pushed you,  you would roll all the way down to the bottom–which made it perfect for both your enemies and for sledding.

Chasing my dog (who frequently escaped from the backyard) around the neighborhood with my friends.   He always ended up in the creek, a muddy mess.

The library.  It was small–I swear that I read every book in the kids’ section at least twice–but I loved it.

Riding my bike through a construction site and down the sides of giant dirt holes.  The mother that I am now is chastising my kid self, “Don’t you know that you have been buried alive in one of those dirt holes, girl!”

Walking to Pottawatomie Hills Elementary School.  In the cold.  Uphill.  Both ways.  I lived 5 houses away from the bus stop, but within the school district’s parameters of “too close to ride the bus.”   I don’t know how many miles it was, but it was hella far (that’s a true measurement of distance, anyone will tell you).  On very cold days, my friend’s mom drove us to school in her fire-engine red station wagon.

Recess at Pottawatomie.  For my friends and I,  Four Square was our game and it was serious business; we played for blood and took no prisoners.   When we weren’t knocking out fools in Four Square,  we took over the Merry Go-Round and wouldn’t let other kids on unless they paid us in candy.  We called it “The Church of Savior”, shouting it as we spun round and round.  We were small, yet charming; that is the only explanation to why kids gave us candy and didn’t just knock us off the Merry Go-Round.

Riding my bike to Baskin-Robbins.  I always got 1 scoop of Chocolate Chip and 1 scoop of Daiquiri Ice.  It sounds strange, but trust me, they taste good together.  Then my friends and I would crash our bikes on the way home because “we had too many daiquiris.”

Halloween.   The neighborhood association made sure that we were safe while having fun.  Every few houses there was an open, decorated garage with doughnuts and hot cider.  Presumably the stop was for these goodies, but in reality it was to check our candy for tampering.

Sleepovers with my best friends.  Making our famous popcorn (Jiffy Pop mixed with whatever candy and other snacks we had lying around), practicing the latest dance moves and falling asleep to Saturday Night Live.

Group outings to Pizza Hut.  In retrospect I feel so bad for whoever waited on us: a gang of 12-year-olds, sharing a small pizza and leaving $1 tip, if any, most likely covered in parmesan cheese.

I am still good friends with some of my Stonebridge friends, and on Facebook, I am finding old friends all the time.  We all still love Stonebridge and feel such a strong connection to it and each other that we are organizing a family reunion of sorts, getting the old neighborhood back together again.  I’m excited to see everyone and excited to show my kids a part of my past–a seemingly small part measured by conventional time, just a mere 3 years–but a very large part of me.