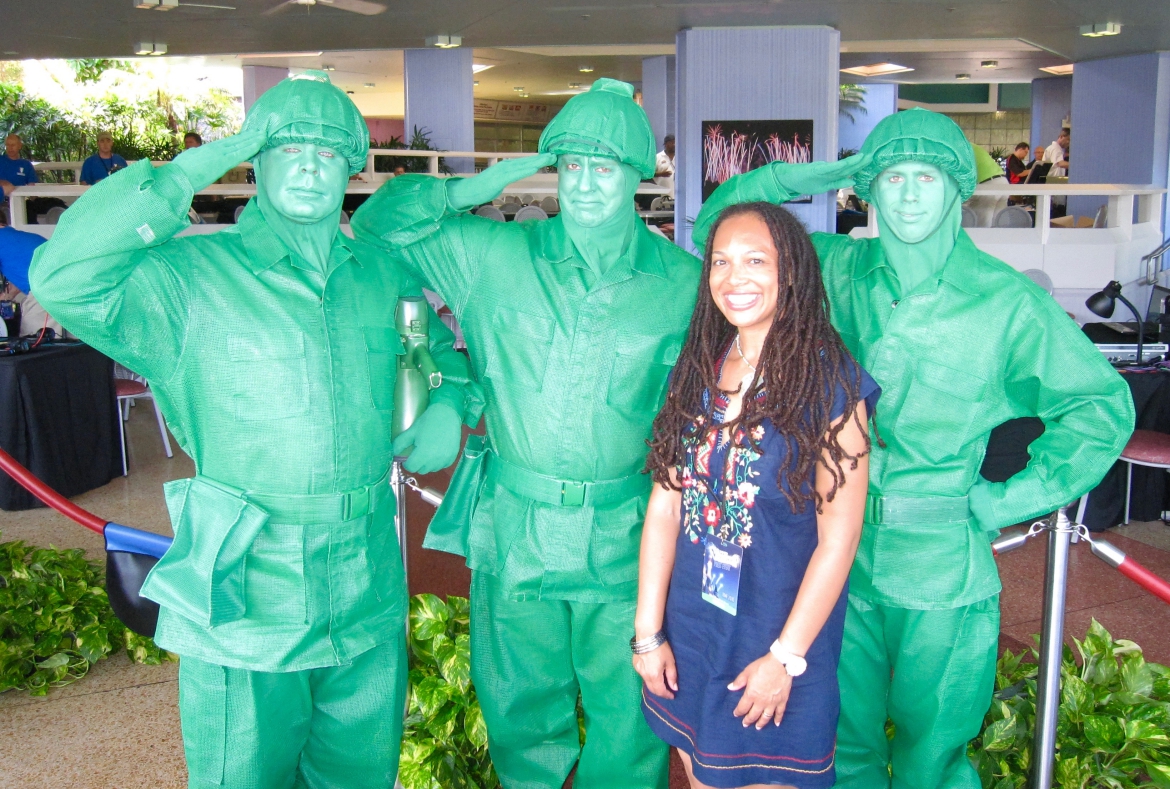 There was an interesting thread on Twitter last night: What is your favorite Disney movie?  The Lion King was a front runner and yes, I agree that it’s a classic.  I threw out The Incredibles and Up as my favorites, but Toy Story has a special place in my heart.  When my son was a toddler, he watched Toy Story again and again.  And again.  And again.   My husband and I watched it so much that we would recite movie lines right along with Buzz and Woody.

Woody: You are a child’s play thing!
Buzz: You are a sad, strange little man, and you have my pity.  Farewell.
Woody: Oh, yeah? Well, good riddance, ya loony!

We all know that sequels are rarely as good as the original, but Toy Story 2 was an exception.  It was just as funny and just as clever as the first one.  So, it was with great anticipation that my family waited for the release of Toy Story 3 on June 18th.  We planned to see it on the release day.

But wait a minute!  It seemed like being part of my media entourage at Disney World meant attending an early screening of Toy Story 3 in Downtown Disney!  My kids would never say it so I said it for them – “my mom is so cool!”

The Green Army Men from the Toy Story movies were our guides for the day and they were hilarious.  Here they are whipping my kids into shape before our boat ride to Downtown Disney:

We settled in with our complimentary popcorn and drinks, 3D glasses on our faces.  My kids were so excited.  I was excited and my husband too.  The whole theater was positively humming with excitement.

All I can say is WOW.  How could Toy Story 3 be as good as the first two?   Our old favorite toys are there but the new toys – Big Baby, Lots-O’-Huggin’ Bear, and Ken – oh my gosh Ken! – are great new additions.  I laughed.  I cried.  I never knew that I could care about toys so much.  I won’t give away too much, but you can keep your expectations very high.  And Toy Story 3 will surpass them.  It’s that good.

Still buzzing from the movie, we hopped on the tour bus and were dropped backstage at Disney’s Hollywood Studios.    With the media fast pass – which meant that we didn’t wait in line – we had just enough time for a practice run of Toy Story Mania before our allotted time slot in the Buzz Cup Tournament. The tournament was just for the Summer Nightastic media and their families.   This is one of my family’s favorite attractions at Disney World, so we were very familiar with the game, but a new section had been added for Toy Story 3.  In the end I had a respectable score of 133,500 (I beat my husband!), but it wasn’t high enough to win.  The winner in the adult category scored over 211,000!   Look who had the top score of 150,000 for the junior cadets:

That’s right, my son won the Buzz Cup Tournament!  He got the big trophy and bragging rights all night.   We ended our exciting day with a delicious Toy Story-themed dinner, Toy Story gifts and a photo session with Lots-O’-Huggin’ Bear.  I’m not going to say much, because I don’t want to spoil the movie for you, but *side eye* at Lots-O’-Huggin’ Bear.   Hmmph!

The Toy Story movies are so much fun because we get to see the world from the toys’ perspective. Well, during media interviews I got the rare opportunity to talk to some of Andy’s toys, the Green Army Men:

*Full Disclosure: I was invited by Disney to attend the Summer Nightastic media event.  Disney paid for my flight, hotel room, several meals and park tickets for me and my family.  I paid for my family’s travel.  All opinions expressed are my own.