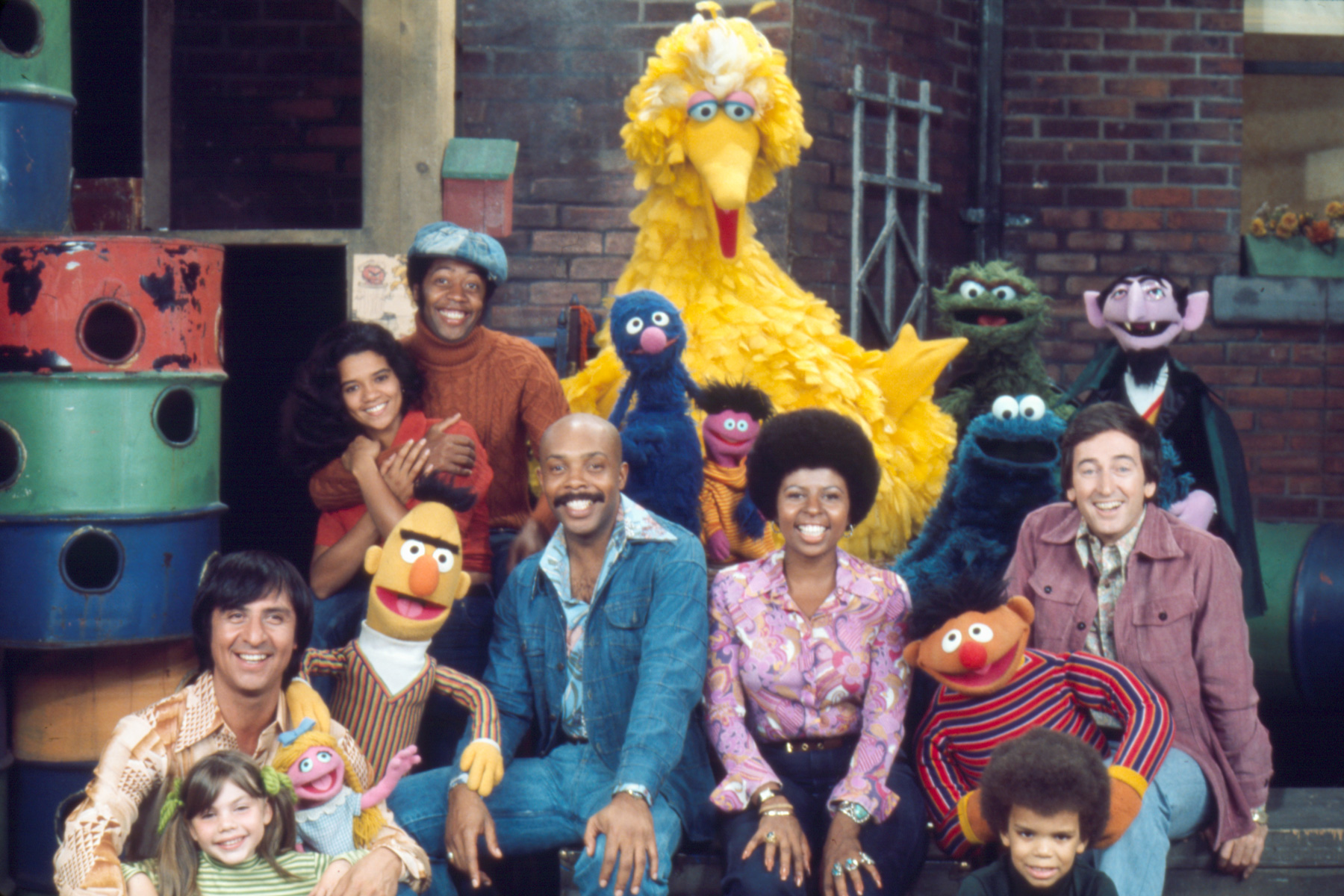 *Today I am participating in Mama Kat’s Writer’s Workshop by answering the prompt: 1.) A book (or tv show … or something) that you watched/loved as a kid, that you see through entirely different eyes as an adult/mom.

I LOVED Sesame Street as a kid, absolutely LOVED IT. You know, back then we didn’t have 15,000 channels dedicated to children’s programming; PBS and few local stations were pretty much it.  As a child I felt that all the Sesame Street characters were my friends and I loved watching them sing, dance, joke and experience the same life joys and disappointments that I was experiencing. It was funny and relevant. Yes, it was educational and of course I learned as I watched, but as a child that didn’t matter to me; the interaction between the characters and with ME sitting at home resonated the most.

Eventually I grew out of watching Sesame Street and moved on to programming targeted to older children like Zoom and The Electric Company, but when I had children of my own, I was happy to see Sesame Street still on the air and even better than ever. Watching it with my kids was like coming home to old friends; they were all still there – Ernie, Bert, Oscar, Big Bird, Grover, Cookie (except Mr. Hooper, God rest his soul) – but there were new characters as well.  That was cool; I welcomed Elmo and Zoe into my home with open arms.

Sesame Street has always been a parental ally by teaching both social and academic skills on the show, but as an adult I noticed something about Sesame Street that I took for granted as a child: that there were people of color on there. Human people like Gordon, Susan, David, Maria and Luis and also muppet “people” like Roosevelt Franklin (♫ Elementary School ♫….remember that little ditty?) were on the show from the very beginning. I didn’t think much of it as a child because I lived in Chicago and my real world was diverse like that; in my child’s mind, everyone else’s world was just like mine.

As a parent I lament the lack of diversity in children’s programming (how come Hannah Montana doesn’t know any black people? I know, I know; it’s Malibu. But if she can pretend to be someone else just by changing her hair, then they can get some black people in Malibu), but Sesame Street has always made the show to represent ALL children.

And the show is still evolving; always willing to learn, expand and grow.  One of the most recent songs on Sesame Street has taken the show and social media world by storm; I Love My Hair was created by head writer Joe Mazzarino in response to his adopted Ethiopian s daughter’s comments about (not loving) her own hair.  If you haven’t seen it yet, check it out. I counted at least 12 different hairstyles that the little brown muppet girl is wearing in the video. A little brown human girl watching has got to identify with at least one of those hairstyles. I think it’s wonderful that Sesame Street realizes the importance of affirming the unique beauty of ALL little girls.

Thank you Sesame Street for all that you were to me as a child and all that you continue to be for children everywhere.

P.S. It is one of my dreams to be on Sesame Street.  If you know someone who can make that happen, please tell them about me. Just thought I will put it out there, because you never know; your cousin’s hairdresser’s aunt could be a producer on the show.