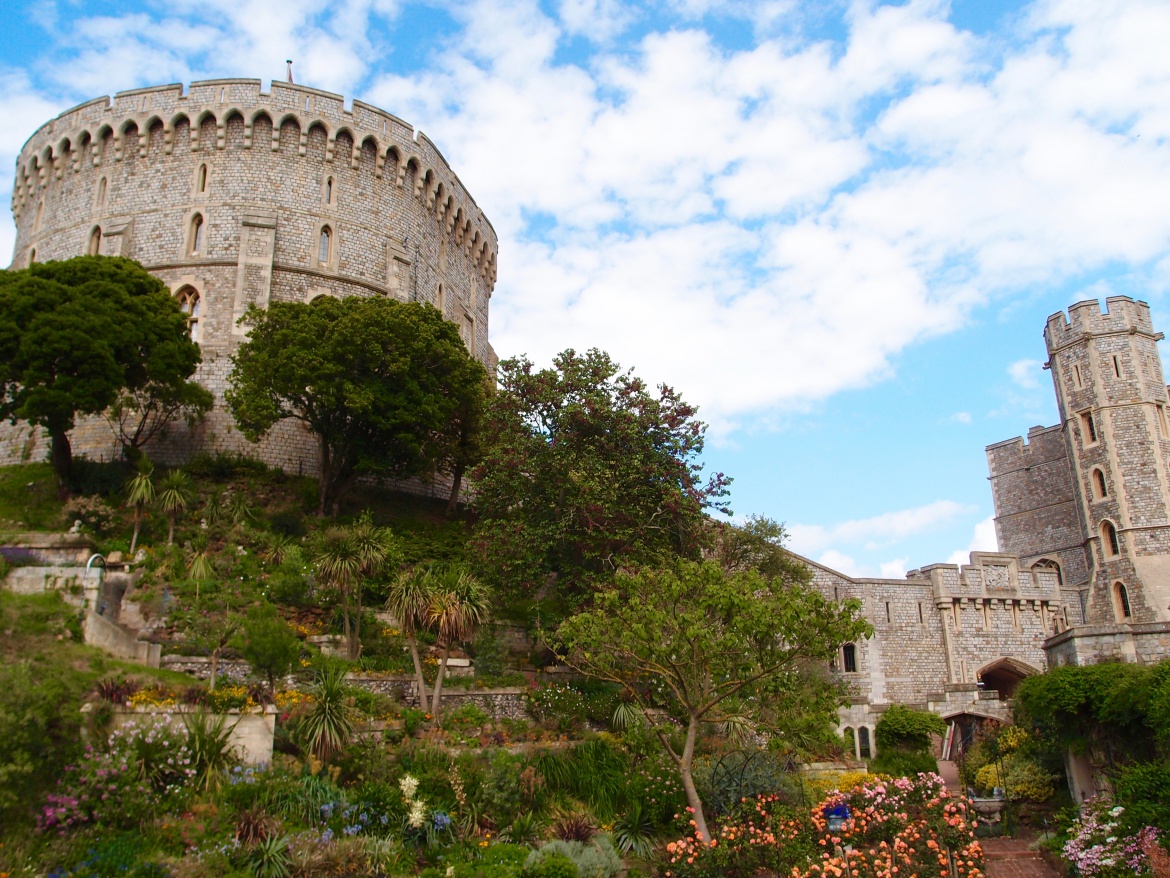 Rain, rain go away! Today it was raining and cold in London. Ugh, 2 things I hate…cold and rain – especially when I don’t have a proper coat or rain boots. Here’s a tip: when you are packing for a vacation in a place known for rain, don’t listen to your husband when he says not to pack an umbrella. I half-listened and packed 2 very small purse umbrellas, but I should have packed my compact golf umbrella; we could have used it today while sightseeing in London.

We had planned to take a day trip to Surrey, but we figured that wouldn’t be much fun in the rain, so instead we decided to go see Big Ben, the Houses of Parliament and tour Westminster Abbey. Guess what? All the other wet tourists thought that would be a good idea as well; it was packed! We were discouraged by the long line and cold and wet and didn’t know if the kids would really enjoy it, but I’m glad that we decided to go in anyway. The line moved quickly and once inside we all really enjoyed touring the abbey. I had been there before, but didn’t remember seeing everything and of course I had never experienced it with my family.

It is such a beautiful and amazing church. There was an activity for kids to do while touring the abbey, so that kept Girly engaged and interested. It didn’t hurt that she would “win” a gold coin upon completion of the activity sheet; candy is her main motivation for doing anything. The whole family enjoyed learning the history of the church, buried royals and other famous Brits. We also reenacted the wedding of William and Catherine; that was fun! We weren’t allowed to take photos inside the church, but James did anyway – and got caught and scolded by the abbey officials.

By the time we left Westminster Abbey, the rain had slowed to a drizzle and it wasn’t as cold. James had some work meetings, so it was just the kids and I for the rest of the day. We hopped on the tube and went to the Oxford Circus area for lunch and walking about the shops. Well, really I was on a mission for one store and one store only: AllSaints. But first some fish and chips for lunch, a walk down Carnaby Street browsing in very cool boutiques and time spent in Hamley’s Toy Shop, which is over 250 years old. We bought candy and a Paddington Bear book for Girly.

We got lost following the directions on Google Maps and I’m glad that I didn’t believe the salesperson in the Adidas store who said that AllSaints had closed (I just couldn’t believe that AllSaints would do that to me; I had come so far!), but finally we made it to the store and I wasn’t disappointed. Three huge floors filled with AllSaints clothes; I was in heaven. The store decor was just as fascinating and beautiful as I thought it would be. Alas, I left empty-handed, but no matter, I had made it to the mecca and that’s all I had really wanted to do.

We ended the day with dinner on Carnaby Street and steaming hot Sticky Toffee Pudding for dessert – so delicious! Girly says that we have to go back “so that Daddy can taste it.” Uh-huh, riiiiight, for “Daddy.”

Towards the end of our trip London decided to let our vacation end with a bit of sun and warmth. Just a bit…it still rained, but it wasn’t cold. It was a perfect day to visit a few royal residences.

We started the day at Buckingham Palace because my daughter really wanted to see the Changing of the Guard; she was determined to see “the fuzzy hats” in person. We got there early to get a spot up by the gate and it was still packed with people and very uncomfortable, but she got her photos of the fuzzy hat guards and she was happy. The palace was closed until the end of July, so we couldn’t go inside. Instead we took an hour train ride out of the city to see Windsor Castle.

Starving when we arrived in Windsor, we found a highly regarded restaurant called Gilbey’s in the little town of Eton, home of Eton College and next door to Windsor. The food was delicious and the restaurant was really lovely. We felt very refreshed and tranquil after the crowd at Buckingham Palace and long train ride. I was pleasantly surprised to learn that the pudding of the day was Eton Mess, a pudding of meringue, whipped cream and strawberries. I had seen Nigella Lawson make this dish on her Food Network show and intended to make it someday myself. And now here I was eating it in a lovely little British restaurant, on a cobblestone street, in the town of Eton where the dessert originated – how perfect! It was as delicious as Nigella had made it sound on the show and we left the restaurant ready to see Windsor Castle.

As we walked from Eton to Windsor Castle and saw the town, shops and Thames River, I was disappointed that we hadn’t gotten there early in the day. Besides the castle, it would be nice to spend a whole day just walking and exploring; it is so different from the big city of London.

By the time we got to Windsor Castle we only had about 90 minutes to tour before closing, but we saw the grounds and all the allowed inside rooms except for the chapel. We can return within one year with our current ticket and while I think it is highly unlikely, I will hold on to it just the same. You never know.

The castle was amazing! We weren’t allowed to take photos inside the State Apartments, but it was fun being in the very rooms that the Queen uses when she entertains guests and dignitaries. The castle sort of sits on a hill, so the view of Eton below is fantastic. I was surprised to see the castle is really part of the town. Of course it is heavily guarded, but shops and restaurants are just steps away from the front gates.

I am sad that we just spent our last day in London; I could really stay here another week. There was so much that we didn’t get to see! But this place is so rich in history and has so much to do that we couldn’t possibly do it all in less than a week. I knew that this would just be a “highlight tour.” We ran hard despite never really getting on the correct time zone and staying up past 1:00 a.m. each night. We have a bit of time tomorrow for sightseeing before our Eurostar train and we are off to Paris.