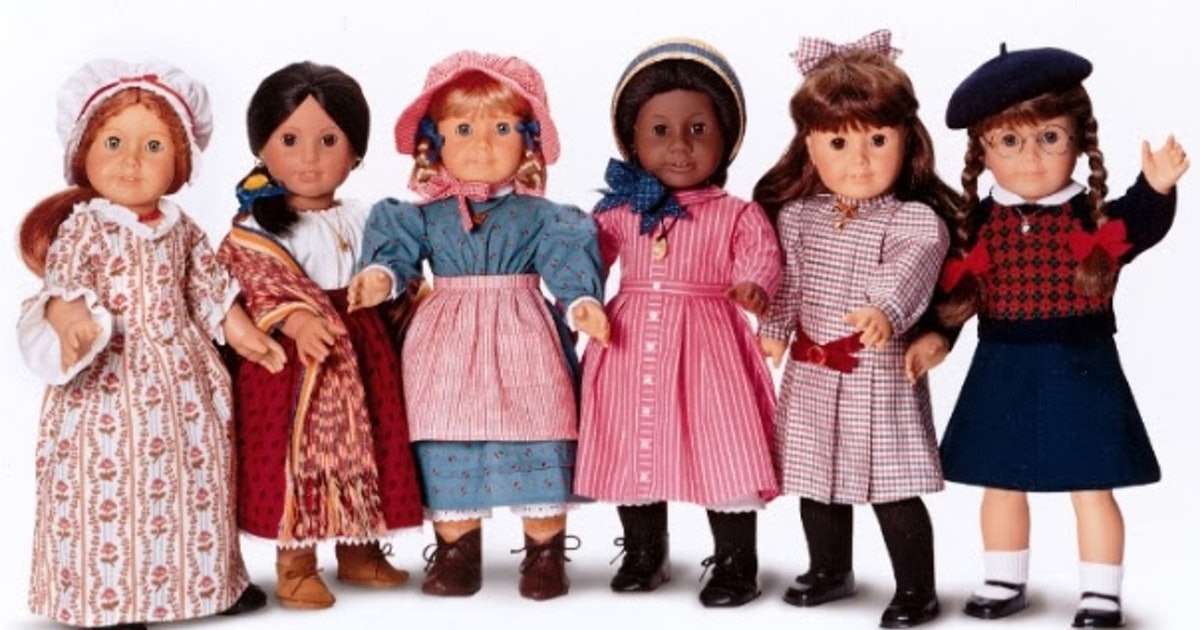 Christmas: a time for showering the little people in our lives with toys and all that their hearts desire. This can give adults with so much joy, but it can also produce gut-wrenching angst when you can’t find a Black doll for your little brown girl.

A couple of months before the holiday season emails were flying on the Mocha Moms listserv about Addy, an American Girl doll. If you don’t know about American Girl dolls, let me school you as I just entered this world last year when my daughter asked for an American Girl doll for Christmas. American Girl historical dolls are based on historical fictional book characters; each doll comes with a set of books that highlights a particular segment of American history.  So I had to check out all the dolls and surprise, surprise there is only one historical Black doll, Addy.

And Addy is a slave.

This is what the Mocha Moms were emailing about: why does Addy have to be a slave? Is that the ONLY part of African American history worth telling?  Oh, and when they saw Addy’s doll, Ida Bean (although I’m sure she’s historically accurate), Lord, the emails were flying fast and furious.

To be fair, Addy is escaping slavery and her story is a courageous and compelling one; all the American Girl stories show how the characters display bravery and tenacity often in the face of the most trying times in American History.  So, they are good books and the principles of the American Girl company are sound. I like the American Girl company and support their mission and products both philosophical and financially. They also make modern-day “Just Like You” dolls that come in several shades of brown with various hair textures, so the lack of brown dolls in general is not in question; the rift is with the historical dolls.

So again we (”we” being me, my Mocha Moms chapter and I’m certain many African American mothers everywhere) ask: is slavery the only story that we have to tell about the African diaspora in America? It’s not that slavery isn’t a story worth telling, it’s the fact that we are limited to just one story. There is so much more.

What about the Harlem Renaissance? Besides great stories about the art, music and literature of that time period, that doll would have some fly clothes for sure. And what about the ’60s or ’70s? There is a doll now, Julie, who is sort of a hippy girl living in Berkley California; couldn’t they at least make an African American friend for Julie who wears a dashiki? That’s what I’m talking about!

So here was the dilemma: do I let her ask Santa for a white doll?  Well, that’s always the question for African American parents whether it’s American Girl, Barbie or Disney Princesses dolls; are we going to let our daughters play with dolls that don’t look like them?

Of the people I know, for most the answer is a resounding NO.  I too feel that way, but my daughter does have many of the Disney Princesses, who up until Princess Tiana (bless her!), were mostly white (although Jasmine is Arabian and Mulan is Asian). I justified buying those dolls because they were “real people.” Her Cheetah Girls dolls are Latina, African American, mixed race and white, so they’re okay.  And I think she also has a couple of random white Barbies; I don’t know how they got in there. So, while my daughter doesn’t exclusively own dolls of color, that is the majority of her dolls and my strong preference.

She just got the new So In Style Barbies, which I love and think were long over-due, but those dolls have been controversial and they just hit the market. The articles in Jezebel,  Essence, and The Wall Street Journal show what a hot topic this is for the African American community. We care immensely about the images that are reflective of our daughters.

Why? Why do I prefer for my daughter to play with Black dolls? After all, she has a mixed-race background so it shouldn’t matter, right? Wrong. No matter what her background, she is a brown girl and everything in the world is telling her that she is marginal. Including the toy industry. It is up to my husband and me to tell her that she is beautiful and worthy; one of the many ways we can do that is by providing her with playthings that reflect her image and consequently boost her self-esteem.

Back to the American Girl doll dilemma last Christmas: what doll did Santa bring? After admittedly a few strong suggestions from me, she asked for and got Josefina, a Hispanic doll. A compromise: not a Black doll, but still a doll of color. Both she and I love the Josefina doll; she has a rich culture which makes for good stories and beautiful clothes.

This Christmas she asked for another American Girl doll and again I subtly steered her towards dolls of color, either Kaya, a Native American or Sonali, a modern-day doll who is the friend of a white doll, Chrissa. I’m not sure of Sonali’s heritage, but she’s brown-skinned. I’ll take it.

It is true that the toy industry has come a long way from when I was little, when dolls of color were few and came in one very dark shade of brown, but they still have a long way to go. As evidenced by the throngs of African American parents I see in the American Girl Store and the Princess Tiana dolls flying off the shelves, we are responding to the increase in diversity. We have money and will spend it if given the chance. Just give us the chance.