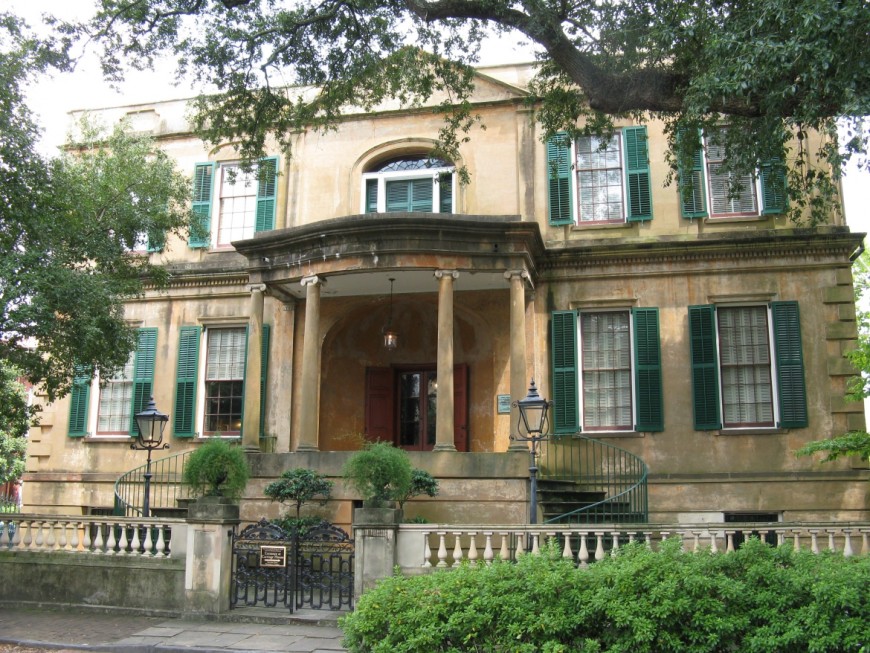 A Family Trip to Savannah

After a crazy road trip, we arrived in Savannah.  I had been there before on a solo vacation and I was eager to show my family some of my favorite things and experience new things as well.

Our first meal in Savannah was dinner at Tubby’s on River Street.   I actually don’t care very much for River Street in Savannah because I find it to be very touristy, so I didn’t expect much in the way of food.  But several hotel employees had suggested Tubby’s so we gave it a try.  I was wrong; food was very good.  The seafood was fresh and lightly fried in a seasoned batter.  I try to stay away from fried food so I didn’t order mine that way, and I was very sorry; I ended up eating the rest of the family’s meal.

We didn’t do much site-seeing that evening because we were so wiped from the drive.  The next morning we had breakfast at the Gryphon Tea Room on Bull Street.   The food was just okay, but the atmosphere is great and the décor is lovely.  Since the tea room is right across from Shop Scad, after breakfast we browsed around before continuing our walking tour of downtown, and particularly the squares.   The squares are my favorite part of Savannah by far.  Stopping at each square to read about the featured statues, we learned many things about historic Savannah that we didn’t know before.

When we reached Broughton Street, we browsed the many shops.   The Paris Market was wonderful, filled with great coffee table books, lotions, furniture and all kinds of unique household items.  There was a snack bar where we bought homemade French marshmallows that were divine.  The kids and I gobbled them up before even leaving the store (my husband doesn’t like marshmallows, which we just don’t understand).

Our next stop was Savannah Bee Company where we stayed quite a long time tasting all the different honeys and talking to the employees and co-owner.  What a beautiful store!  We learned so much about honey and bought a few jars to bring back to Atlanta.  After Broughton Street, we headed to City Market for lunch, but we didn’t like the atmosphere there very much so we ended back on River Street again.   Once again we had some really good seafood, this time at Dockside .   After lunch we walked all of River Street, ducking in and out of the touristy shops and  toured The Peacemaker, a ship with an interesting history and current ownership.

Leaving River Street and making our way back to the hotel, I talked my family into walking through Colonial Park Cemetery, which I think is beautiful and historical.  My family disagreed and walked through as fast as they could. Not far from the cemetery we came upon The Cathedral of St. John The Baptist and found out that we could go in and walk around.  If we thought the outside was beautiful, the inside was absolutely breathtaking–the windows, ceiling, alter, piper organ–everything was spectacular.

What a wonderful end to our day spent exploring the streets of Savannah’s Historic District!   Another night at our hotel, a tasty breakfast at a great neighborhood diner, Clary’s Cafe , and it was time to say good bye to Savannah.    We had a good time and will be back again soon, but it was on to the next leg of our vacation, Amelia Island.

P.S. You may also like to read about our trip to Amelia Island and watch the fun video Road Trip To Savannah.