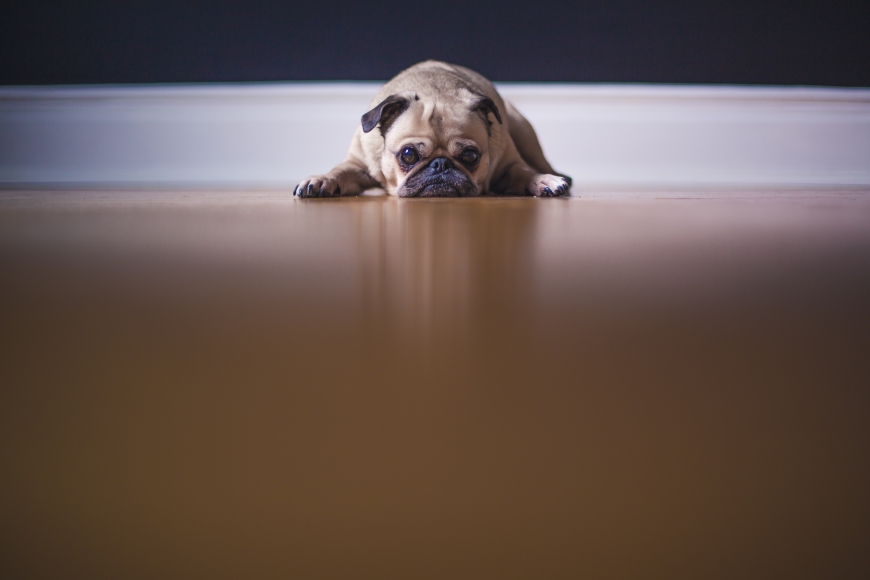 The Old Man And The Pug

There was a man in my neighborhood who walked his pug everyday down my street, past my window.  Twice a day, at the same times, without fail, rain or shine, warm weather or cold.  This man had to be at least 80 years old and the pug looked as old as the man.  Both gray-haired and stout, they walked at the same pace, shuffling slowly along, the old man using a cane.  The kids and I used to call each other to the window whenever they walked by, “Hey, come look; it’s the Old Man and The Pug!”   We were in awe of the old man’s obvious affection for his dog and determination to exercise him each day, despite the physical exertion.  We decided that they were best friends.

When we got Chili Dawg this past spring we felt a greater kinship with the old man and his pug and looked for them on the street.   After actively looking for a few days it dawned on us that in fact we hadn’t seen them for a long time.   In the chaos that comes with getting a new puppy, we hadn’t noticed their absence.   Perhaps they had learned a new walking route, but we didn’t think so; we feared that something had happened to one or both of them.

Upon talking to neighbors, we learned that yes, it was true; the pug had died and the old man is now in a nursing home, alive in body but mentally incapacitated.   I do not know for sure, but perhaps there is a connection between the passing of his best friend and the old man’s willingness to stay lucid and actively engaged in the world.   Perhaps those daily walks gave him a reason to keep going, to get up and to get out.

I did not know the old man or his pug; I never had 2 words with them.  But I miss their daily walk by my window, a reminder of the importance of fresh air and a good walk with a friend.

P.S.  You may also like to read The Red Balloon.